Australian companies are becoming more generous with the new GivingLarge Report revealing investment in community causes has jumped by 11 per cent.

A comprehensive financial analysis of Australia’s top companies found $945 million was invested into philanthropic efforts in 2018 from our top 50 givers – up $90 million from 2017.

Now in its second year, the GivingLarge Report shines a light on Australia’s most generous corporates. It ranks organisations by their percentage contributions of profits or earnings.

Wesfarmers also topped the list in 2017, their philanthropy going towards causes like medical research and wellbeing, education initiatives and community initiatives.

“Driving social change is an increasing priority for big business across Australia,” he said.

“Not only are consumers demanding more support to make communities more equitable, safe and healthy, but businesses are also discovering corporate philanthropy and profit can go hand-in-hand.

“Perhaps the most notable insight from this research, is corporate Australia’s under performance in percentage contribution of earnings or profit. The average 0.6% batting well below global averages and the commonly encouraged benchmark of 1%. This signifies a remarkable opportunity for this group of companies with the potential to shift an additional $600M of funds to the community if these companies can all commit to this reasonable target.”

“With results like these we hope the GivingLarge Report encourages increased contributions, transparency and overall stimulates an environment of healthy philanthropic competition.

“Investing in strong communities through community partnerships is just one of the many ways we contribute to our communities.”

“We know that infectious diseases continue to be most common reason for hospitalisation of young children in Western Australia and the number one cause of death in children worldwide.”

“Because of this contribution, the WCVID has quickly become a national leader and global centre of children’s paediatric infectious diseases research”

Corporate Philanthropy is also crucial to not-for-profit organisations such as Foodbank, which receives donations from the QBE Foundation, the charitable arm of QBE Insurance.

“These efforts not only reduced waste and supported the nutritional and physical health of disadvantaged Australians, they contributed to improvements in wellbeing, sense of self-worth, social relationships, academic achievements and standard of living,” she said.

“The generous support of organisations like QBE help make the work of Foodbank and our partners possible, making a positive difference to the lives of thousands of Australians in need.” 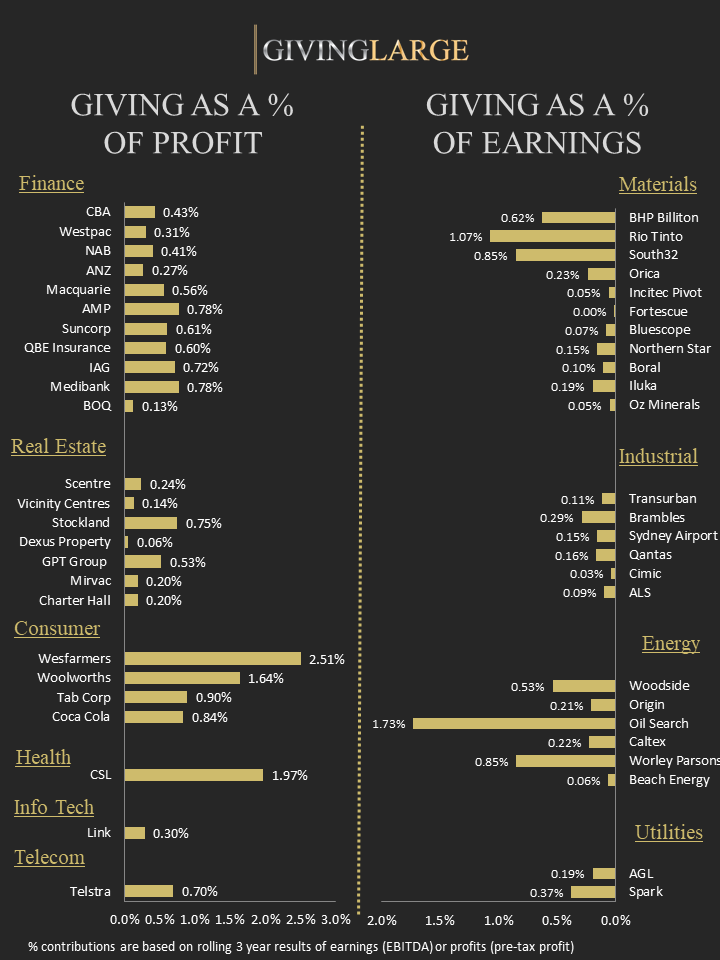