Who Gives a Crap donates more than Qantas, CCA

This article was published in the Australian Financial Review Boss section on Feb 12th 2021, written by Boss Editor Sally Patten. The original article is available here. Each year our GivingLarge research is used as a reliable source for this annual AFR feature.

Simon Griffiths thinks a lot about the impact the profit-for-purpose toilet paper company he co-founded will have on Australian business. 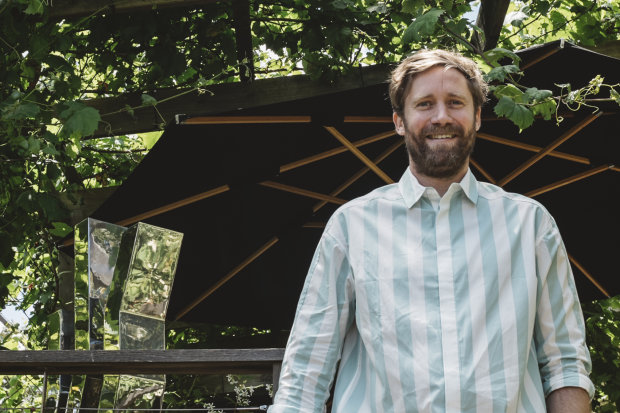 Sustainable household products seller The Dirt Company and Tsuno, an eco-friendly feminine hygiene company, are two examples Mr Griffiths points to. Like Who Gives a Crap, both give 50 per cent of their profits to charitable causes.

“What we’re showing is that you can use products to appeal to consumers in a way that wasn’t possible a decade ago,” says Who Gives a Crap founder Simon Griffiths. Tash Sorensen

“What we’re trying to show is that this business model can generate financial returns at scale, whilst also creating social impact at scale,” Mr Griffiths said.

“If we can show that you can do those two things together, that’s how we think we can get more entrepreneurs and more investors coming into this kind of world of new capitalism, and ultimately create thousands or tens of thousands of business models like ours that will solve a lot of the problems that are out there.”

Last year Who Gives a Crap donated $5.9 million to clean water and sanitation projects in developing countries. Sales more than doubled in the 12 months to June, thanks to panic buying of toilet paper during the height of the coronavirus pandemic, while the organisation’s marketing costs fell.

The $5.9 million handout represented a 750 per cent increase on the year before, enabling the profit-for-purpose retailer to boast the biggest increase in corporate philanthropy in 2019-20.

Who Gives a Crap donated more than some of Australia’s best-known brands, Coca-Cola Amatil ($5.2 million) and Sydney Airport and Qantas ($4.4 million each).

Other companies to record significant jumps in donations in percentage terms include Newcrest, up 111 per cent; BHP, up 64 per cent; KPMG, up 78 per cent; and Macquarie Group, up 82 per cent, according to research provided exclusively to BOSS by Jarrod Miles, founder of Strive Philanthropy, and John McLeod, co-founder of JBWere Philanthropic Services.

“For the world of corporate philanthropy, 2020 has been the year of giving,” Mr Miles said.

“Corporate contributions to the most vulnerable in the community have rocketed, driven by the significant needs of the year in the form of bushfires and COVID.”

Tsuno was established in 2014 and supports One Girl, a non-profit organisation that educates women and girls in Sierra Leone and Uganda. The Dirt Company, launched in 2017, donates half of its profits to The Ocean Cleanup, which develops technology to remove plastic from the ocean.

Mr Griffiths threw down the gauntlet to traditional retailers.

“What we’re showing is that you can use products to appeal to consumers in a way that wasn’t possible a decade ago, by embedding ethics and values and giving back [to the community] into the business models,” he said.

“And so I think that retailers have an opportunity to think about how they give back and how they embed their ethics and values into the products that they’re selling to customers. If they can do that and get that right, then I think that will make retail a pretty exciting place to be in.”

“If you track back through Telstra’s history, philanthropy has been going on for a very long period of time,” says Lyndall Stoyles, the telco’s general counsel and group executive of sustainability, external affairs and legal.

Simon Griffiths: “I think anyone who has spent time in the developing world has a personal experience of how important sanitation is.”

The Who Gives a Crap CEO argued its customer base extended well beyond Millennials and Gen Z, who are generally considered the most avid consumers of ethical products.

“If you look at our customers, it’s not just a Gen Z product. Gen Z is actually a smaller part of the demographic than the Boomer demographic. We see that this is something that appeals across age groups and pretty much every single part of Australian society,” Mr Griffiths said.

The latest GivingLarge Report and past reports are available here 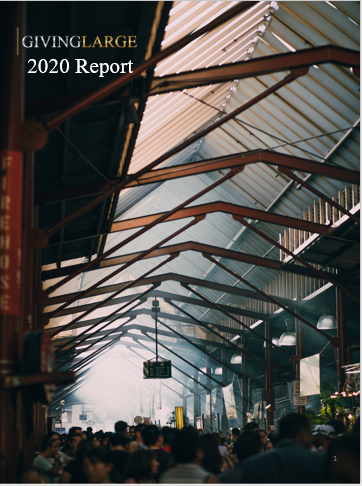 Newcrest opens second round of Beyond the Curve
January 18, 2022